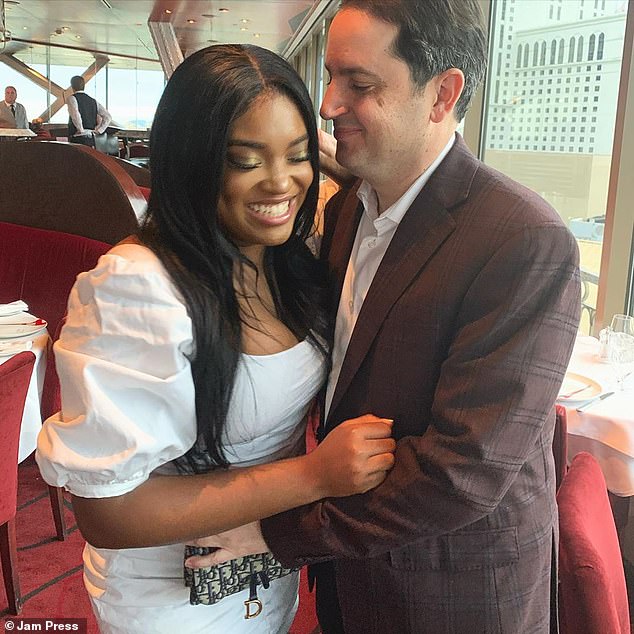 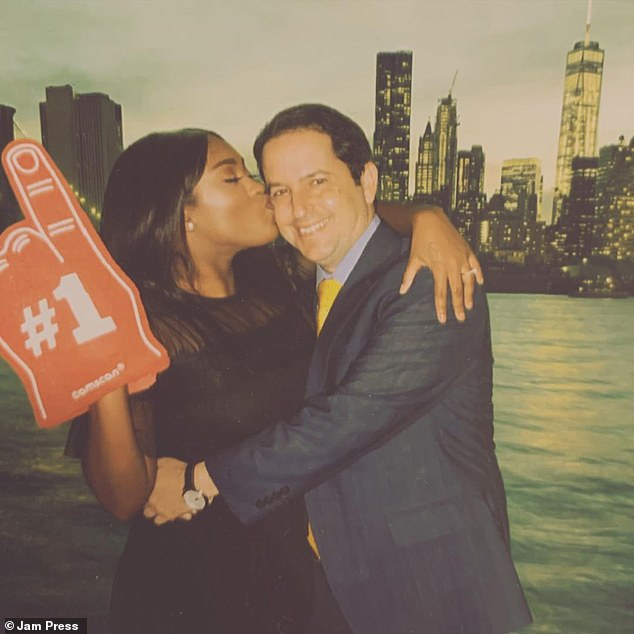 Man, 47, who’s been dating his fiancée, 24, since she was a teenager reveals he sought out a younger woman because ‘the sex would be better’

・’Truthfully, I thought the sex would be better,’ Jason candidly admitted

While he was at the library, Steve decided to seek out some information on the history of the area.

A man who proposed to a woman half his age, reveals he sought out a younger partner because he thought the sex would be better and to avoid feeling pressurized into marriage and kids.

Jason Smith, 47, a law attorney and Azarel Smith, 24, and office manager, live in New York City and met on online dating site Match.com in February 2014, and agreed to meet up for a dinner date.

Azarel was just 18-years-old at the time and didn’t want her parents to know she was dating an older man.

Macmillan Dictionary によると ” to try to persuade or force someone to do something. The usual American word is pressure “という風に記載されています。イギリス的な表現になります。

Now it’s up to them to pressurize manufacturers.

He was pressurized into signing the agreement.

The pair dated on and off for the first few years and love finally prevailed six years in to the relationship when Jason popped the question in 2018 during a trip to Las Vegas.

She said yes and Jason, who was married once before, was candid about his reasons about why he wanted to date a younger woman in the first place.

He said: ‘Being with a younger girl is exciting. She introduces me to new adventures, new songs, lingo etc. She has a more open mind when it comes to the world and obviously a better body.

‘She’s made me a much happier man. She’s supportive of me and business. Something I was missing when single.

Cambridge Dictionary によると ” to be common among a group of people or area at a particular time: “という風に記載されています。

The two presidents have had candid talks about the current crisis.

Macmillan Dictionary によると ” honest and direct, even when the truth is not pleasant “という風に記載されています。

The two presidents have had candid talks about the current crisis.

He gave a remarkably candid interview.

‘She has a way of keeping me focused and she is really mindful of the world.

‘Truthfully, I thought the sex would be better.’

Jason added that the intimate side of the relationship is now better because they are in love, not just because of his partner’s age.

‘But she does have a better body than the older women I’ve dated. Which sure makes things more enjoyable as well,’ he explained.

Despite the physical side of the relationship clearly being important to Jason, the pair actually abstained from sex during the first few years of their relationship, due to Azarel’s wishes.

‘We abstained from sex the first few years of our relationship. Jason was very respectful of my choice and treated me like a lady,’ she explained.

‘The no sex didn’t deter him from doing nice things or loving me. Respect I wasn’t used to getting from guys.’

Macmillan Dictionary によると ” to deliberately avoid doing something that is enjoyable but that may not be healthy, safe, or morally right “という風に記載されています。

A high percentage of women said they had abstained from alcohol during pregnancy.

He took a vow to abstain from alcohol/smoking/sex.

As well as more thrills in the bedroom, Jason said he was looking for less pressure to start a family.

‘I thought that she was less likely to push for immediate marriage and kids. I just really wanted a relationship where I didn’t feel like there would be that kind of pressure.

‘Also, I felt like I was at an age where I had the time and money to entertain someone fresh.’

The pair have also taught each other a lot, they said. Azarel, who wants to go to law school, said that Jason has given her much needed guidance on her burgeoning career, as well as personal life.

She said: ‘You get to be with someone who has experienced more of life, so they can give really wise input to help you make better decisions.

‘Whether that be with your professional life, or personal life. For instance, I just finished my bachelors and trying to figure out my next steps.

get to (phrasal verb)

Cambridge Dictionary によると ” to have an opportunity to do something: “という風に記載されています。

I never get to see her now that she’s moved to California.

I’d like to get to know you better – could we have dinner sometime?

He got to thinking that it was all his fault.

It will get better once you get to know more people.

I got to know her personally once I started working with her.

What do I need to do to get my wife to appreciate me?

I got to understand what it feels like to be a foreigner when I went to China.

The company hoped to profit from the burgeoning communications industry.

‘I’m interested in getting into law school and Jason has been there to help me through the process since he’s already done it himself.’

The 24-year-old added that she finally feels like herself, saying: ‘I’ve experienced a lot that I could have only dreamed about doing before him. For the first time in a relationship, I truly am able to be my naturally mature self and feel like I fit in.

‘I didn’t feel this dating guys my age. I’ve gained a lot of confidence in myself.’

However, the pair admitted they do face challenges because of their 23-year age gap but over the years, they have learnt how to make their relationship work, saying they are ‘best friends’ above all else.

Jason said: ‘We are so different. Almost too different to get bored of each other. Fingers crossed.

‘Also, we are truly best friends before anything. We’ve built a strong base for our relationship. It would take a lot for anyone to break us apart.’

He said: ‘Some of my friends think I’m the luckiest guy in the world and others are very wary of our relationship.

‘Mostly because of their own failed relationships with younger women. So, I don’t pay them much mind.

‘Her father isn’t in the picture but my dad is totally fine with the relationship. My parents actually think she’s a very sweet girl and have welcomed her with open arms.’

Azarel added: ‘My friends were very accepting; they didn’t even bat an eye when I introduced Jason. They were used to seeing me date older guy. It’s always been my thing.’

In a word of advice to others in age gap relationships, Jason stressed the importance of doing what makes you happy without being phased by the opinion of others.

He said: ‘Do what makes you happy without influence from your friends or family. At the end of the day, it’s not their relationship.

‘You have to love who you are with. Be confident in your decision to love the person you love. It’s the best way to win over even the toughest critics.

‘Be yourself and treat it as a normal relationship. We don’t even realize our age gap half the time until we have to fill out legal documents.’

He was wary of putting too much trust in her.

I’m a little wary of/about giving people my address when I don’t know them very well.

put someone in the picture (phrase)

Mike here can put you in the picture about how we run the office.

We keep shareholders in the picture with our annual reports.

out of the picture (phrase)

With overtime out of the picture, many of the workers will struggle to survive.

I could have asked Shane to help, but he was out of the picture by then.

not bat an eyelid (phrase)

Macmillan Dictionary によると ” to not be shocked, worried, or upset by something “という風に記載されています。

Today people live together without being married and nobody bats an eyelid.

She told him she’d spent all her savings but he didn’t bat an eyelid.