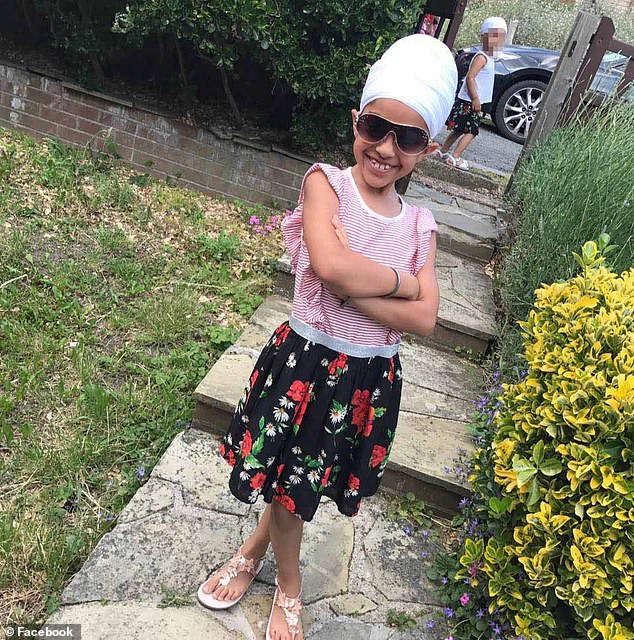 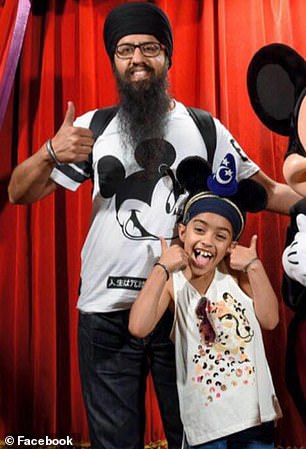 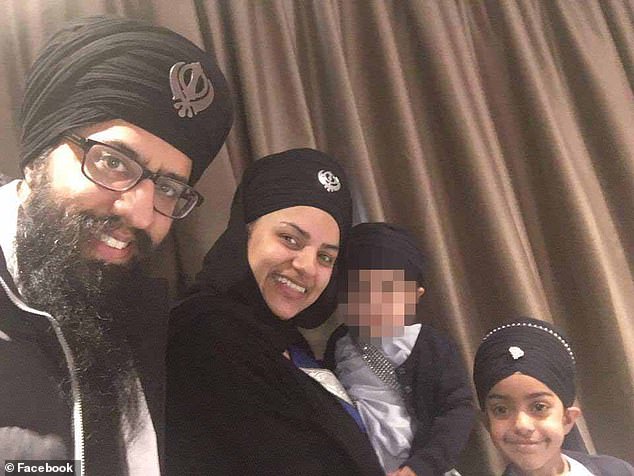 ‘You can’t play, because you’re a TERRORIST’: Sikh girl, 10, reveals how youngsters hurled abuse at her in park – but tells ‘the world to keep its chin up’ in face of racism in inspiring video

・Her father, of Erith, Kent, told MailOnline her daughter fought back tears

The fans began hurling abuse at each other.

I wasn’t going to stand there while he hurled abuse at me!

in the face of (phrase)

She left home in the face of strong opposition from her parents.

They won in the face of stiff competition from all over the country.

A Sikh schoolgirl has told of the heartbreaking moment she was branded a ‘terrorist’ by children and their parents during a trip to the park.

Munsimar Kaur, 10, went to Plumstead Adventure Playground in south London with her grandmother earlier this week.

When she went on Monday she asked to play a game with a group of four teenagers, only to be told: ‘No you can’t play because you’re a terrorist’.

The youngster, of Erith, Kent, was left ‘heartbroken’ but said she ‘kept her head up’ and walked away.

When they returned the following day she made friends with a nine-year-old girl – only to be told by her mother she was ‘dangerous’ and couldn’t play with her anymore.

Munsimar described the racist abuse in an inspiring video to help other victims of discrimination.

Blake was alleged to have hurled racist abuse at a student.

He hurled (a stream/torrent of) abuse at her (= he said a lot of rude and offensive things to her).

“Idiot!” is a term of abuse (= an insulting expression).

She said: ‘On Monday and Tuesday at a park I was treated not very nicely by four kids and a mother of a young girl.

‘When I asked to play the game they were playing and the queue was a mile long they said loud and clear ‘No you can’t play because you’re a terrorist.’

‘This obviously broke my heart, but I kept my head up, and went away.’

Hurt but undeterred, she and her family returned to the same park the next day, only to experience further abuse.

She explained she made a friend a year younger than her and the pair played happily for an hour.

But when her mother realised what was happening, she demanded she leave her new friend alone because she was ‘dangerous’.

Munsimar has been covering her head since she was a young girl, taking after her mother Navrup, who started wearing one in 2007.

Originally worn exclusively by men, turbans are increasingly sported by Sikh women and girls as a symbol of their faith and to protect their long hair.

The 10-year-old decided to tell her story to highlight difficulties still faced by the Sikh community in Britain and to promote positive change.

Undeterred by criticism, he continued in his campaign.

Her father Gurpreet Singh told MailOnline: ‘Unfortunately these things do still happen, but we‘re not going to be quiet about these things.

‘It’s sad that people are ignorant. Munsimar is a very emotional child, she does cry a lot.

‘But the fact that she held back her tears was amazing. Even with the shock and the adrenaline pumping she knew she had to be strong in that moment.

‘We are so proud of her and we think this has happened for a reason, this is our opportunity to tell the world, we are open books, we look different for a reason and this is why.’

be an open book (phrase)

Free Dictionary によると ” To act (or purport to act) honestly, with no secrets. “という風に記載されていますね。

Her life is an open book.

Ask me anything, I’m an open book.

Adam says he’s an open book, but I’ve seen him sneaking out of his house late at night.

Her daughter added: ‘This is my message to the world. This experience has shown me the lack of exposure and knowledge people have.

‘Sikhs are naturally caring and no matter what we will love everyone.

‘But I need to speak out about this because not everyone is strong enough to walk away or have suitable parents to talk to, to deal with this racism.

‘Anyone going through this – tell your parents and keep your chin up – and it will work out in the end – I promise.’

Her father added: ‘We have been totally overwhelmed by the response from Munsimar’s video.

‘I’ve had messages from people all over the world.

‘The reason my wife and I started blogging a few years ago was because of misconceptions just like this – both inside the Sikh community and outside.’

GLL, who runs the park in Plumstead, has not yet responded to Munsimar’s parents’ emails.

But a spokesman told MailOnline: ‘We pride ourselves in providing inclusive and accessible leisure facilities for the whole community – so we are very shocked to hear of this little girl’s experience.

‘We have a zero tolerance policy on racism and bullying and our approachable and caring play workers all receive diversity training appropriate to our multicultural playground which provides a warm welcome to dozens of nationalities and faiths.

‘The incident was not witnessed by our staff or reported at the time so we would very much like to speak to the family about what they experienced and take any necessary action to ensure the atmosphere between children remains fun and safe – as it should be.’

The video, recorded by Mr Singh, has been flooded with comments online.

A group called Asian Women Mean Business commented: ‘We adore you MK. You are bright, articulate & beautiful… the world is yours. Keep holding that head up high.’

Another women posted: ‘So sorry she had to go through that. Tell her she’s amazing, beautiful, smart and articulate.’

It’s a common misconception that Americans think only about money.

I’d like to clear up the common misconception that older workers don’t know how to use technology.

Macmillan Dictionary によると ” friendly and easy to talk to: “という風に記載されていますね。

Malcolm is always very approachable – talk it over with him.

Graham’s always very approachable – why don’t you talk the problem over with him?

Macmillan Dictionary によると ” belief in a god or gods “という風に記載されていますね。

Faith in God helped him through his illness.

Even in the bad times she never lost her faith.

Her faith in God was shattered when her baby died.

It’s my faith that keeps me going.

Macmillan Dictionary によると ” used for talking to a friend “という風に記載されていますね。

It was a courageous decision to resign in protest at the company’s pollution record.

It was courageous of her to challenge the managing director’s decision.

She is a highly articulate woman.

She gave a witty, entertaining, and articulate speech.

It’s all part of the rough-and-tumble of a political campaign.