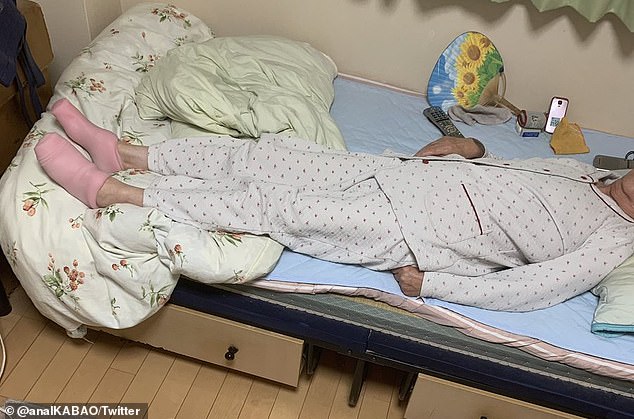 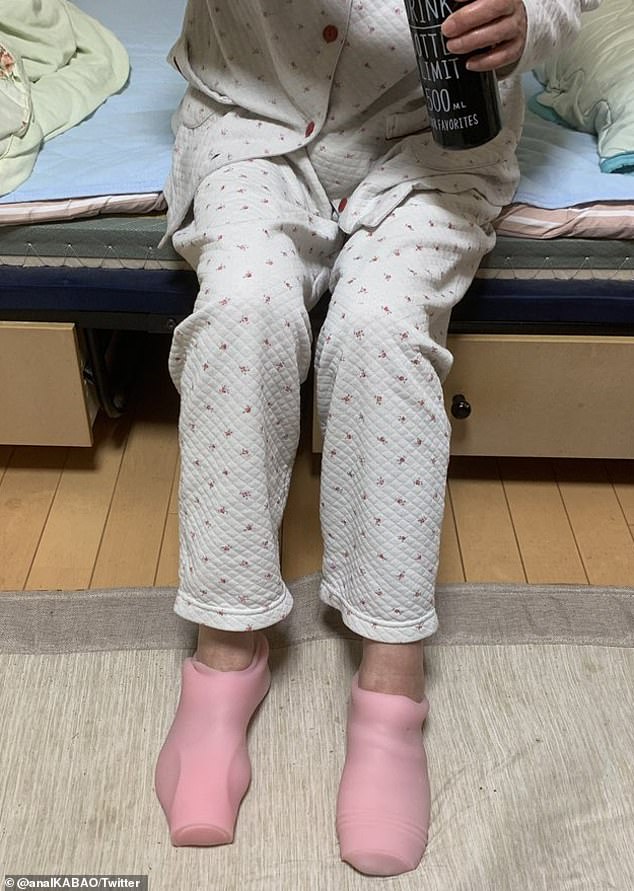 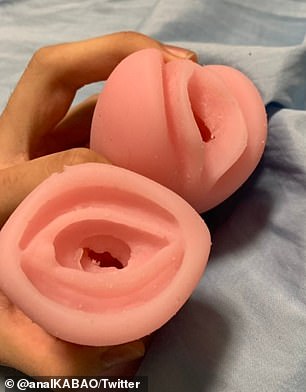 Awkward! Man, 21, reveals his grandmother mistook his silicon SEX TOYS for a pair of thermal socks and tried to wear them to bed – before getting them STUCK on her feet

・Twitter user @analKABAO shared several videos and photos of his grandmother wearing two of his pink flesh-lights on her feet on Friday, July 5

・The 21-year-old, from Japan, said his grandmother told him that she had borrowed a pair of thermal socks from his room

・However, when he saw what she was wearing, he was left in shock, and he had to tell his grandmother what she had on her feet

・The ‘socks’ were quite difficult to remove, which saw the Twitter user having to step in and help his grandma take them off her feet

・The man has jokingly offered the sex toys, which he said he can no longer use, to anyone who is interested in taking them

Macmillan Dictionary によると ” relating to or caused by heat “という風に記載されています。

A man has revealed that his grandmother mistook his sex toys for a pair of socks, and ended up putting them on her feet, where they eventually got stuck.

Twitter user @analKABAO, from Japan, took to the social media platform on Friday, July 5, to share several photos and videos of his grandmother, who had placed two of his flesh-lights on her feet.

The 21-year-old revealed in his now viral tweets that the innocent elderly woman had thought that they toys were thermal socks, so she decided them on her feet to warm up.

The gunman had mistaken him for a drug dealer.

I had mistaken friendship for love.

I often mistake her for her mother on the phone.

In his initial tweet, the man revealed that his innocent grandmother told him she had borrowed a pair of socks from his room.

However, when he went to a bedroom and saw what she had actually put on her feet, he was shocked.

A video he shared sees him walking into a bedroom, where his grandma is perched on a bed wearing a pair of pajamas and the pink ‘socks’.

He shared two images that showed the elderly woman with two flesh-lights a sex toy on her feet.

After discovering what his grandma had on her feet, the man knew he had to tell her so that she could take them off.

However, as one might imagine, the ‘socks’ were quite difficult to remove, which saw the Twitter user having to step in and help his grandma take them off.

He shared a video that saw him forcefully pulling both of the flesh-lights off his grandma’s feet.

After pulling at them for several seconds, they eventually came off her feet.

The child pulled at his sleeve to get his attention.

He pulled at his ear as he spoke.

Evidently seeing the funny side of the bizarre situation, he was heard laughing throughout the 20-second clip.

His caption on the video detailed that, at the age of 21, he never thought he would be pulling his ‘onahole’ off his grandma’s feet.

Although the sex toys survived being pulled off the woman’s feet, the Twitter user said he would no longer use them.

And instead of throwing them in the trash, he offered them to anyone who was interested in taking them.

The Japan-native jokingly added that the ‘socks’ were ‘still warm’.

Since the initial post was shared to Twitter last Friday, it has gone viral on the social media platform.

Meanwhile, over 400 people have commented on the viral tweet, with many revealing their shock at the very awkward situation.

Voters have evidently lost faith in the government.

Evidently, these valleys were formed by glacial erosion.

He was evidently upset by the news of the accident.

He had an accident, evidently because he was driving at excessive speed.

Over the years, I had accumulated hundreds of books.

We‘ve accumulated so much rubbish over the years.

He accumulated a fortune in the music business.