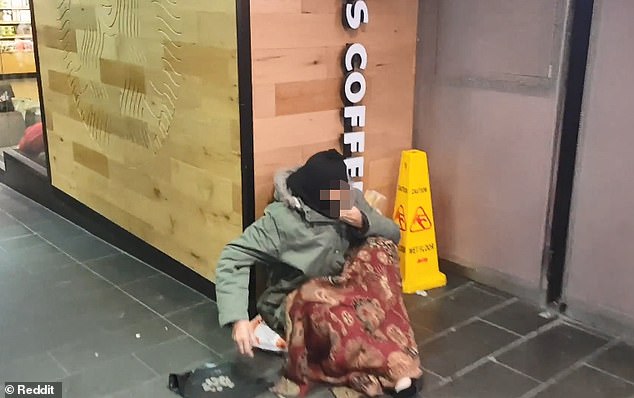 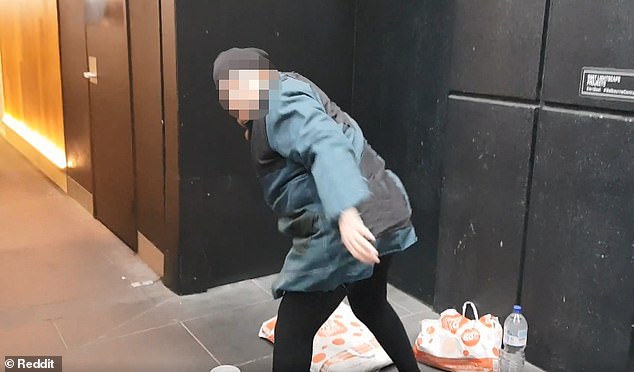 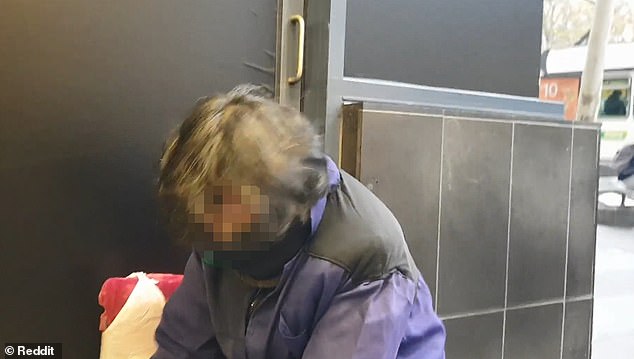 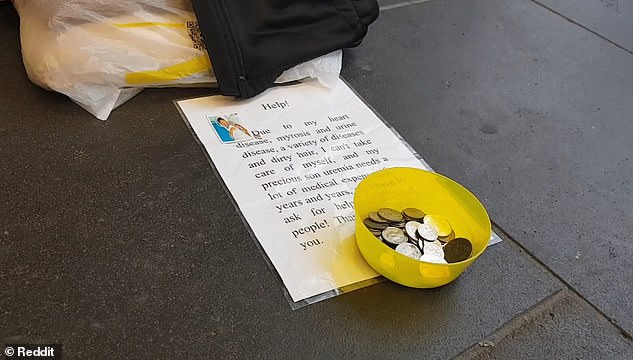 ・Police have urged Melburnians to not give money directly to beggars

The newspaper story exposed him as (= showed that he was) a liar.

He was exposed as a fraud and a liar.

The videotape of the meeting exposed him as thoroughly corrupt (=showed that he was corrupt).

crack down on (phrasal verb)

The school is cracking down on smoking.

The library is cracking down on people who lose their books.

Macmillan Dictionaryによると ” claimed to be true, even though this has not been proved “という風に記載されていますね。

The alleged victim’s evidence could not be relied upon.

It took 15 years for the alleged criminals (= people thought to be criminals) to prove their innocence.

Cambridge Dictionary によると ” a group of people or companies who join together in order to share the cost of a particular business operation for which a large amount of money is needed: “という風に記載されていますね。

The jackpot prize was won by a syndicate of four workmates.

An ‘organised syndicate of fake beggars’ from China has been exposed making hundreds of dollars each day by allegedly pretending to be homeless.

It comes after disturbing footage titled ‘Organised Asian syndicate of fake beggars on city corners’ was uploaded on social media last month and revealed by Daily Mail Australia and news.com.au.

It’s understood an alleged syndicate is arranging passports and tourist visas in China before ‘beggars’ fly in to work the streets and then send the cash they collect back to China electronically.

Victoria Police confirmed to Daily Mail Australia that several people were arrested in an operation conducted across Melbourne’s CBD this week in partnership with City of Melbourne Council.

Macmillan Dictionary によると ” by a piece of electronic equipment, especially a computer “という風に記載されていますね。

There is the alternative of paying your bill electronically.

Her announcement confirmed (that) she would be resigning as CEO.

Macmillan Dictionary によると ” a relationship between two or more people, groups, or countries involved in an activity together “という風に記載されていますね。

The university works in partnership with several local businesses.

The festival is being supported by the county council in partnership with local businesses.

Seven people were charged with beg alms and possession of property suspected of being the proceeds of crime as part of Operation Aquirm.

‘A portion of those arrested and charged by police were also in possession of money exchange receipts which showed that Australian dollars had recently been converted into Chinese Yuan,’ a spokesman told Daily Mail Australia.

‘All of those charged with begging offences were offered referrals to support agencies, which at this stage has been declined by nearly all alleged offenders.

‘Police are alleging that those who have been charged initially claimed to be experiencing homelessness, however upon further inquiries police discovered they had access to housing and chose to come into the city to beg for money.’

In the past, people thought it was their religious duty to give alms to the poor.

Macmillan Dictionary によると ” money that a person or organization makes from selling or winning something, or from organizing an event or activity “という風に記載されていますね。

The proceeds of today’s festival will go to several local charities.

It says on the back of the card “all proceeds to charity”.

All proceeds from the auction will be donated to charity.

Macmillan Dictionary によると ” a part of an amount or total “という風に記載されていますね。

We’re spending a larger portion of our income on entertainment.

Only a small portion of the population could tell you what the government’s policy is.

in possesion of (phrase)

Cambridge Dictionary によると ” If you are in possession of something you have it with you: “という風に記載されていますね。

He was in possession of two tickets to the concert.

I am in possession of some information that I think will interest you.

The spokesman added that investigations are continuing and that police are liaising with the Australian Border Force and Australian Federal Police.

It’s understood some beggars returned to the streets after being interviewed and released by police, and were dealt with again.

Meanwhile, Victoria Police urge people not to give money directly to those who beg and instead donate to homelessness services organisations.

‘While the majority of people begging in Melbourne are vulnerable and in need, there are a small number of professional beggars who target the CBD from time to time,’ the spokesman told Daily Mail Australia.

‘Melburnians are renowned for caring for our most vulnerable residents, but in recent weeks we have seen people not only committing offences but also taking advantage of the goodwill in our city.

‘Our officers are proactively engaged in the community to identify new trends such as the professional begging we have seen in recent weeks.’

The crackdown comes after a video titled ‘Organised Asian syndicate of fake beggars on city corners’ attracted hundreds of comments since it was uploaded to Reddit last week.

One woman seen laying on her side shaking her hands as she begs for money immediately puts her hand up to cover her face when she is captured on camera.

She then gathers her belongings and shoos the person filming her away.

Cambridge Dictionary によると ” to speak to people in other organizations, etc. in order to work with them or exchange information with them: “という風に記載されていますね。

Schools in the city all need to liaise more closely.

Our head office will liaise with the suppliers to ensure delivery.

Community workers will liaise with the police in an effort to prevent further violence.

The region is renowned for its outstanding natural beauty.

Marco Polo is a renowned explorer/is renowned as an explorer.

Perry was renowned as an aggressive competitor.

The coast is renowned for its beautiful beaches.

The school has to rely on the goodwill of the parents to help it raise money.

Cambridge Dictionary によると ” in a way that causes change by taking action, rather than reacting to changes: “という風に記載されていますね。

We must act proactively to ensure that passengers have the highest level of safety.

You should be ready to proactively take advantage of new opportunities.

Cambridge Dictionary によると ” said to animals or children to make them go away: “という風に記載されていますね。

“Shoo!” she shouted at the cat.

Go and shoo that cat away before it catches a bird.

At the top of the street, another woman is rummaging through her bags with a sign next to her and a bowl full of money.

The sign is asking for help because ‘I can’t look after myself’ due to her ‘heart disease and dirty hair’.

In the next laneway over, another beggar is seen near a Starbucks, and as the camera approaches, she covers her face and flees.

The user who uploaded the video said this has become a regular occurrence in the last six months.

‘I know it is an organised group because I have seen them get together after ‘finishing up’ at night in front of the State Library to take the tram out of the city,’ they wrote.

‘I have seen five older Asian women who are the main panhandlers. This video shows three of them.’

She rummaged through the drawer, looking for a pen.

She rummaged in/through all the drawers, looking for a pen.

She rummaged in a drawer for some aspirin.

Macmillan Dictionary によると ” something that happens, especially something unexpected and unpleasant “という風に記載されていますね。

Street-fights are an everyday occurrence in this area of the city.

Death was an everyday occurrence during the Civil War.

Cambridge Dictionary によると ” someone who asks people passing by for money: “という風に記載されていますね。

Tourists have been warned not to give these panhandlers spare change.

Every day she passes street corners where panhandlers beg.

Beggars being put up in inner-city hostels and pass the cash they collect onto ‘handlers’, The Herald Sun reported.

‘They were crying poor after we took the money, saying “Oh, we need the money to get back to China, we need to fly home”,’ Melbourne East Police Sergeant Chris O’Brien told the publication.

‘It’s quite an investment involved in flying people out of China to do this. At what point have they made their money, and then what?’

A study conducted in 2015 by Salvation Army support service Melbourne Project 614 found that there are some professional beggars who are making $300-$400 a day.

‘We had one person indicate to us that he was raising in the vicinity of $300 to $400 a day or an evening and he was doing that on a regular basis,‘ Major Brendan Nottle from the Salvation Army told ABC.

‘That was about six days a week, and so he saw that as a very profitable way of earning income.’

Cambridge Dictionary によると ” to stay somewhere for the night: “という風に記載されていますね。

We put up at a small hotel for the night.

Could you put me up for the night when I come to London?

Cambridge Dictionary によると ” to show, point, or make clear in another way: “という風に記載されていますね。

She indicated to me (that) she didn’t want me to say anything.

Please indicate which free gift you would like to receive.

in the vicinity of (phrase)