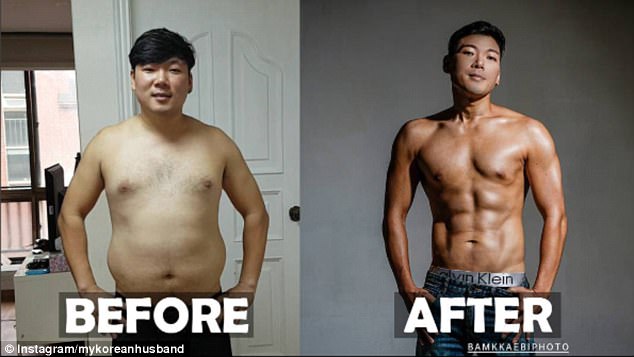 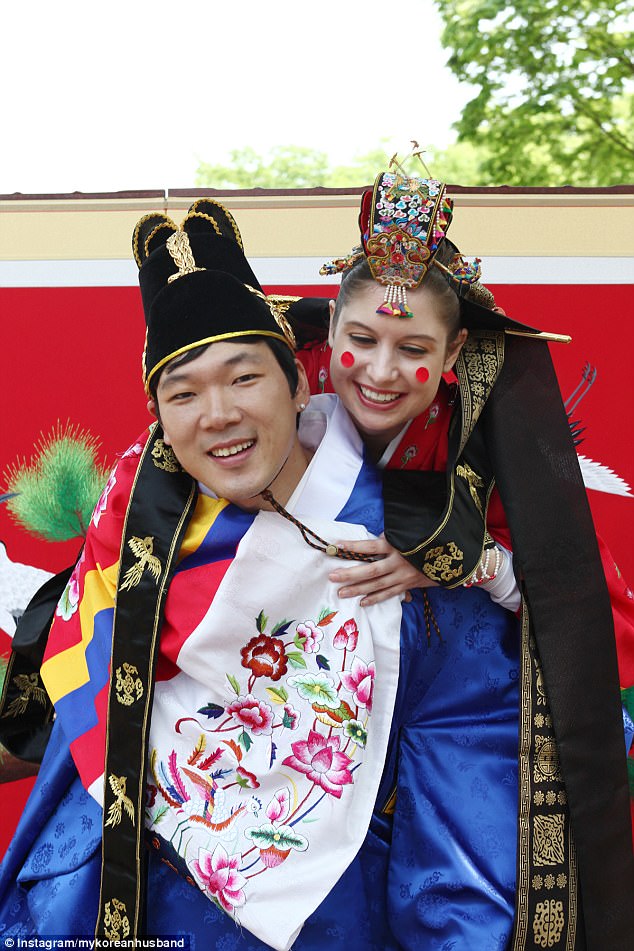 ‘Seeing what my body had to go through spurred him on‘: Husband, 34, shows off impressive six-pack after losing 23 kilos to support his wife through gruelling IVF – so did it make a difference?

Cambridge Dictionaryによると” to encourage an activity or development or make it happen faster: “ 記載されていますね。

The thought of failing my exams spurred me into action.

Ambition spurred him on.

His comments spurred me on to success.

・So as his Australian wife started treatment, Hugh began a transformation

・Here, the Seoul-based pair talk to Daily Mail Australia about whether it worked

Macmillan Dictionaryによると” to start a new project or activity, usually one that will be difficult and will take time ” と記載されていますね。

Do you know exactly when you conceived?

A loving husband has shed an impressive 23 kilos in support of his wife as she went through IVF.

‘For years he had been wanting to lose weight. He had always just accepted that he was bigger, especially for his height and for Korean standards,’ Nichola told Daily Mail Australia.

Cambridge Dictionaryによると” showing a lot of love towards someone: ” と記載されていますね。

We can’t really imagine what they’re going through.

‘He had tried before but had given up. Seeing what my body had to go through with the first round of IVF really spurred him to take the weight loss seriously and think about his own health.

‘Although I am the infertile one, him being healthy can really help with IVF too, so that was part of his motivation,’ she added.

Hugh and Nichola – who are the husband-and-wife team behind a popular web comic series called My Korean Husband – met in Sydney during a language exchange.

Her brother offered to help her with her homework.

My dad said he would help with the costs of buying a house.

‘Originally he was wanting to improve his English and I was interested in learning Korean,’ Nichola told Daily Mail Australia.

‘He grew up in Korea but had been living in Australia for several years.’

After meeting in 2010, the pair married at a registry office before enjoying big Australian and Korean ceremonies in 2012.

Now based in Seoul, Nichola said her diagnosis of endometriosis and other problems had led to her being told she would not fall pregnant naturally.

Cambridge Dictionaryによると” a place where births, deaths, and marriages are officially recorded and where you can get officially married, without a religious ceremony ” と記載されていますね。

Cambridge Dictionaryによると” If an action or event leads to something, it causes that thing to happen or exist ” と記載されていますね。

There is no doubt that stress can lead to physical illness.

The first chapter describes the strange sequence of events that lead to his death.

Shortly before Christmas she fell ill.

‘Before starting IVF I had over a year of treatment of endometriosis in order to get ready for IVF,’ she said.

‘It was difficult not knowing whether we would actually be able to have a baby. The first round of IVF was very difficult and a failure.

‘I had some extra problems so the next round was even more specialised for me.’

She said that, at the time, her 172cm husband weighed 85 kilos and was having some health problems himself.

Cambridge Dictionaryによると” the fact of someone or something not succeeding ” と記載されていますね。

The meeting was a complete/total failure.

He was a failure as a businessman.

Their attempt to climb Everest ended in failure.

‘It was really difficult. I love socialising, but even though I went out I had to control myself and not eat unhealthy food and not drink a lot,’ Hugh told Daily Mail Australia, of his fitness mission which saw him drop 23 kilos within six months.

Hugh focused on circuit training with a personal trainer and as his fitness improved, he ran three times a week and combined that with home workouts.

‘It was hard adjusting to exercise. Having a personal trainer helped a lot,’ he said.

‘These days I feel a lot more confident and healthy and less stressed.

Macmillan Dictionaryによると” to spend time with other people socially, for example at a party ” と記載されていますね。

I tend not to socialize with my colleagues.

I spent most of my first year at college socializing.

He never socializes with people from work.

Although he works a lot, Manny still finds time to socialize with friends.

She told us of her doubts regarding the policy.

I was told of his death by a fellow officer.

He told us of his extraordinary childhood.

Macmillan Dictionaryによると” the condition of being physically strong and healthy ” と記載されていますね。

She needs to improve her fitness.

I’m trying to improve my fitness by cycling to work.

She needs toThe striker is certain to pass his fitness test.

Macmillan Dictionaryによると” if you combine things, or if they combine, you use, do, or put them together ” と記載されていますね。

As a writer, he combined wit and/with passion.

She manages to successfully combine family life and/with a career.

Cambridge Dictionaryによると” to change something slightly, especially to make it more correct, effective, or suitable “ と” to become more familiar with a new situation “記載されていますね。

You need time to adjust to a new situation.

It took her two years to adjust to life in England.

If the chair is too high you can adjust it to suit you.

As a teacher you have to adjust your methods to suit the needs of slower children.

‘Being unhealthy and overweight causes a lot of stress. Going out, shopping can cause stress but these days it’s easy to go clothes shopping.

‘The feeling I get after working out is amazing, both body and mind. A lot of people said they were inspired by my video and they started their working out project too.

‘It made me feel really happy to inspire others. It’s a good thing to be healthy and I want to share this experience with more and more people.’

To support her husband through his journey, Nichola cooked healthy meals for them both.

His confident leadership inspired his followers.

She inspired her students to do the best they could.

After her trip to Venezuela, she felt inspired to learn Spanish.

His new diet included a lot of sweet potato, tomato and chicken breast with lots of vegetables and fruit too.

He also enjoyed some traditional Korean dishes including fresh squid and kimchi and documented his transformation on YouTube.

So did Hugh’s hard work pay off?

‘Yes, I’m pregnant now,’ Nichola said. ‘When we started this round of IVF Hugh had already become a lot healthier, which means healthier sperm, so that could have helped as well.

Try to eat a balanced diet.

Macmillan Dictionaryによると” if something that you do pays off, it brings you some benefit ” と記載されていますね。

I hope all this work pays off.

All those weeks of studying will pay off when you take the exam.

All her hard work paid off in the end, and she finally passed the exam.

‘Knowing how much he struggled in the past I’m really proud of him making such big changes.

‘He also did it in a responsible way over months and made lifestyle changes, rather than a crash diet.

‘He was so involved in the IVF process too and had to help me with all the needles, was there for every single hospital appointment, and knew what I was going through.’

Macmillan Dictionaryによると” sensible, reliable, and able to be trusted to do the right thing “ 記載されていますね。

a hard-working and responsible employee

Let’s stay calm and try to behave like responsible adults.

He seemed to be a responsible person, so I left him to his own devices.

They became involved in a lengthy dispute.

The project has been a great success and I would like to thank all those involved.

We want all departments to be involved.

The delighted mum-to-be said she was still finding it ‘kind of hard to believe’ she was pregnant ‘after having come to terms that it may never happen.

‘Our child will be the first grandchild on both sides,’ she said.

You can see Hugh and Nichola’s journey documented on their Instagram page too.

come to termes with

Cambridge Dictionaryによると” to gradually accept a sad situation, often the death of someone you love “ 記載されていますね。

I think he‘s still coming to terms with the death of his wife.

She‘s never really come to terms with her son’s death.

It’s very hard coming to terms with the fact that you’ll never have children.