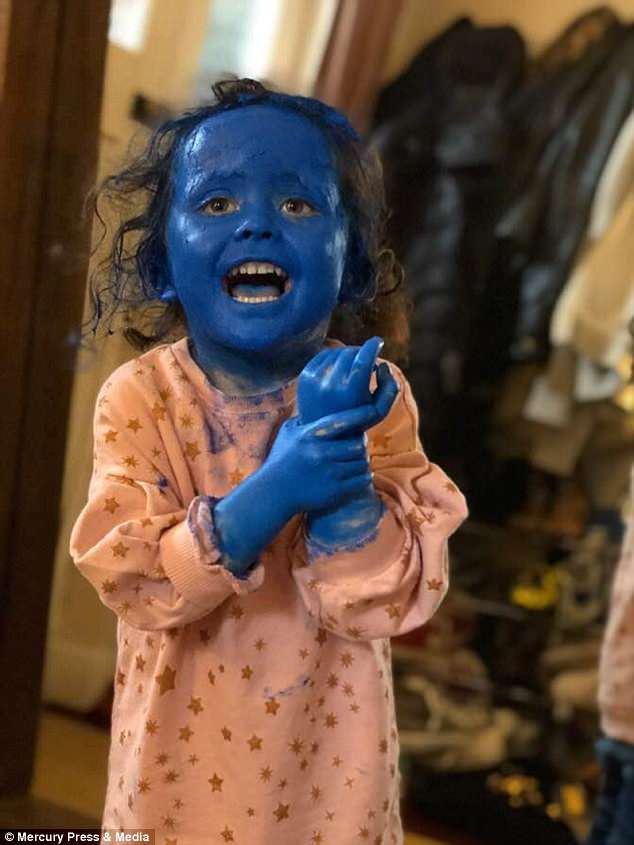 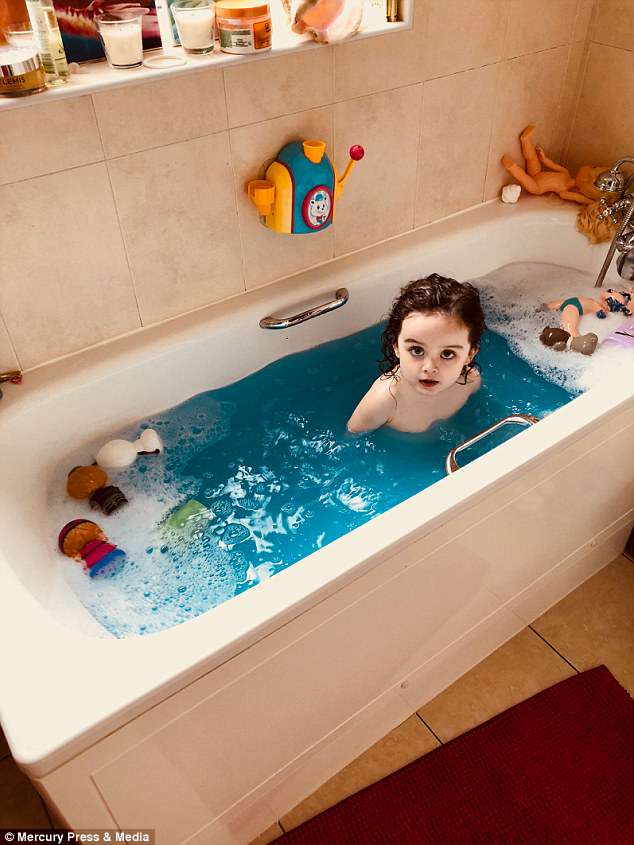 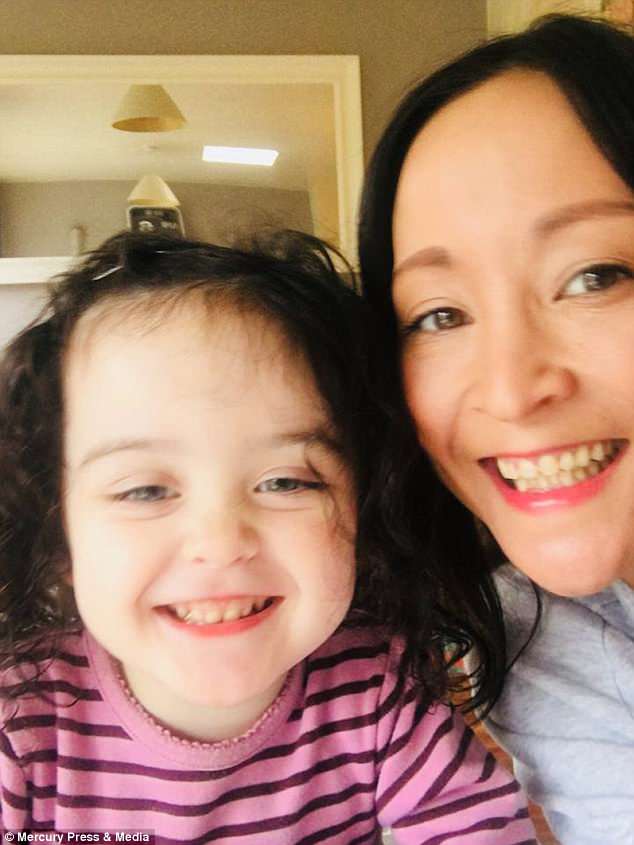 ・Juliette has now implemented a ban on paint entering their home

Macmillan Dictionaryによると” a bag containing small presents and sweets, given to children at a party “というふうに記載されていますね。

Macmillan Dictionaryによると” to wash or clean something by rubbing it hard, especially with a brush “というふうに記載されていますね。

She scrubbed the kitchen table clean.

He stood there scrubbing at his shirt with the towel.

She scrubbed (at) the mark on the wall for a long time, but it wouldn’t come off.

He scrubbed the old saucepan clean, and it looked as good as new.

After the tomato sauce boiled over, I had to scrub the stove.

Macmillan Dictionaryによると” to make something such as an idea, plan, system, or law start to work and be used “というふうに記載されていますね。

Attempts to implement change have met with strong opposition.

The changes to the national health system will be implemented next year.

Congress refused to pass the bill that would implement tax reforms.

Macmillan Dictionaryによると” an official statement ordering people not to do, sell, or use something “というふうに記載されていますね。

There is a total ban on smoking anywhere in the college.

They have now lifted the ban on the export of live animals to Europe.

A mischievous toddler gave her parents a shock when she got her hands on some bright blue face paint and transformed herself into a Smurf.

Three-year-old Eve Lott, from London, had been uncharacteristically quiet for just five minutes when her parents Juliette and Steve noticed a rather dramatic difference in their daughter’s appearance.

Realising their crafty daughter had been silently playing alone behind them before running to the mirror, Juliette, 43, discovered that Eve had painted her entire face and hands bright blue.

Cambridge Dictionary によると” behaving in a way, or describing behaviour, that is slightly bad but is not intended to cause serious harm or damage:  “というふうに記載されていますね。

There were always mischievous boys around.

get/lay your hands on something (phrase)

Cambridge Dictionaryによると” to find or get someone or something you want: “というふうに記載されていますね。

I couldn’t lay my hands on a copy of the book.

How was he able to get his hands on that money so easily?

People seem to be buying up everything they can lay their hands on.

Do you know where I can get my hands on a Russian dictionary? I need to check a translation.

I’d buy a new car if only I could lay my hands on the money.

The champion’s play was full of uncharacteristic mistakes.

She’s very crafty and makes all her own Christmas decorations.

Relieved she hadn’t touched any of the walls, Juliette and dad Steve were able to see the funny side of the situation.

It then took two hours of scrubbing in the bath to return her to normal.

Juliette said: ‘She’s a little terror. She was being mischievous and messy and her normal cheeky self.

‘It took an hour and a half, two baths with scrubbing, hair washing with numerous cleaning products and then her skin was back to normal.

She’s such a little terror.

My brother is a little terror.

She is the author of three books and numerous articles.

The car was seen in the area on numerous occasions.

‘The eyes took a few more days to go, she looked like a little goth for a while.

‘It was like she’d turned herself into a real-life Smurf.’

Juliette’s sister came round for a catch-up and giving Eve a goody-bag as a gift.

Her parents had no idea what was stashed in the bag but didn’t give it any thought until, after a few minutes of silence, Eve went to admire herself in the mirror.

Juliette said: ‘We were having a very quiet family day in on Sunday and Eve was playing in the corner on her rug. She’d been quiet for about five minutes.

‘I saw her dash past the door to the mirror and decided to go and see what she was up to.

‘Her Aunty ‘Bubba’ had given her a goody bag and obviously there was this palette of blue face paint in there which she’d found and she merrily got to work.’

Come round tonight and we’ll watch a video.

Do you want to come round and play chess later?

The children came round for tea.

He‘s always coming round for a chat.

Macmillan Dictionaryによると” to put something in a safe or secret place, usually so that you can use it later “ と記載されていますね。

The police are looking for guns that have been stashed away.

He kept thousands of banknotes stashed in a jar.

The stolen pictures were stashed (away) in a warehouse.

give something some thought (phrase)

I hope you’ll give our conversation some thought.

She doesn’t give any thought to her appearance.

I have given this matter considerable thought.

be up to sth (adjective)

Cambridge Dictionaryによると ” to be doing something, often something bad or illegal, usually secretly: ” という風に記載されていますね。

She’s up to no good (= doing something bad or forbidden) – you can always tell because she stays in her room.

He looks very suspicious hanging around outside – I’m sure he’s up to something.

When it’s so quiet, I think the kids are up to something.

A woman was singing merrily in the next room.

When Juliette discovered her youngest child stood proudly staring at herself in the mirror, she couldn’t help but laugh.

Whisked off to the bath, Eve sat in a pool of vivid blue water as her mum frantically scrubbed it off but she was still left looking ‘like a little goth.’

Juliette said: ‘When I saw her, she was just stood there laughing. I said, ‘Oh my God Steve, come and look at Eve, now!’ She was so so proud of herself we couldn’t tell her off.

‘The first thing I did was take a photo. We’ll definitely be saving that for her 18th birthday.

‘Then I picked her up and put her in the bath where she stayed for about two hours, trying to get the blue off.

‘She was just laughing the whole time, she thought it was absolutely hilarious. Eve is so mischievous, fun, very clever.

‘Luckily, the mess was relatively contained and she hadn’t given our walls a nice high-five, but she had completely destroyed her play rug.

‘I’m hiding all the paint away, for sure, and I’ve warned our family members not to bring any paint into the house ever again.’

As I look back over my career, I cannot but smile.

She whisked the dirty plates off the table.

A limo whisked us off to dinner.

Our coffees were whisked away before we’d even finished them.

We only had half an hour to see her before she was whisked off to some exotic location.

Her husband whisked her off to Egypt for her birthday.

Whisk in the butter, then the flour.

Whisk the olive oil and lemon juice together.

Cambridge Dictionaryによると” done in a hurried way and in a state of excitement or confusion: “ と記載されていますね。

I’ve been working frantically all week to get it finished on time.

I got home to find Lara frantically searching for her keys.

Everyone was frantically packing up their stuff.

Macmillan Dictionaryによると ” to criticize someone angrily for doing something wrong ” という風に記載されていますね。

The teacher told me off for swearing.

The teacher told me off for talking again today.

I’m going to get told off for being late.

If you make your sister cry, you’ll get told off.

Their teacher told them off for chattering in the lesson.

Firefighters are still battling to contain the blaze.

Strong measures are urgently needed to contain the epidemic.

Farms in the area have been closed off in an attempt to contain the disease.

More police were sent to help contain the violence.