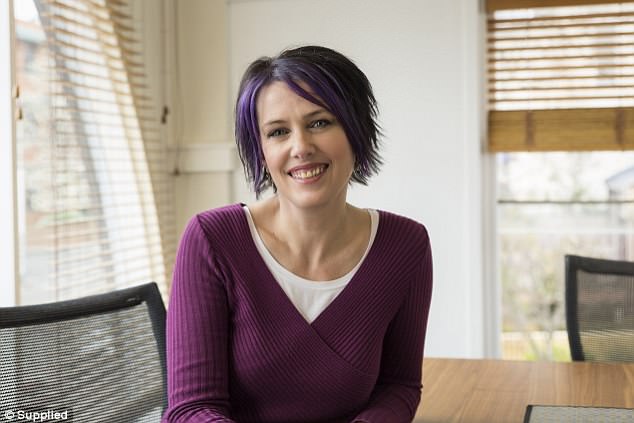 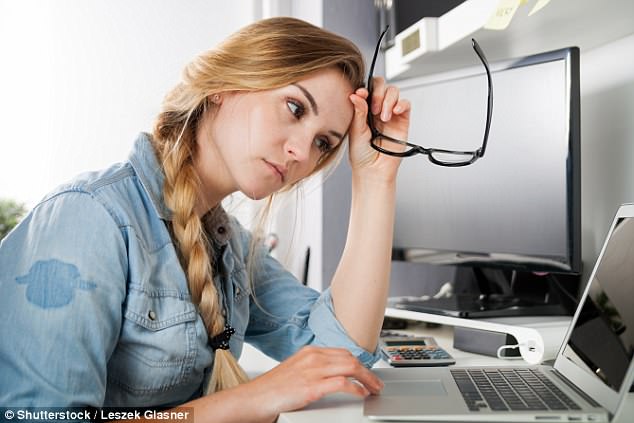 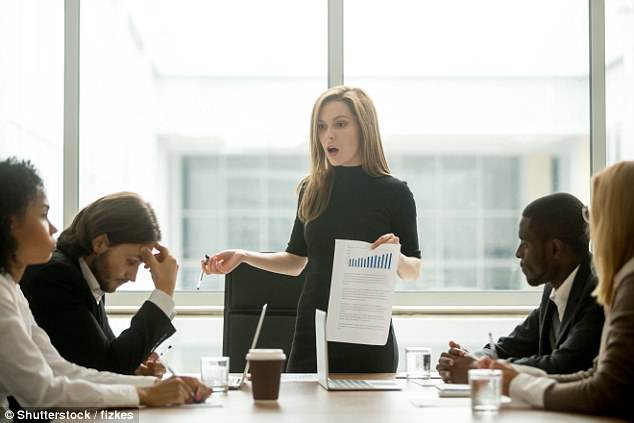 This is why you’re not getting promoted: HR manager reveals the mistakes people are making – and you might not even realise it!

Macmillan Dictionaryによると” to not give someone a better job, choosing instead someone who is younger or has less experience “というふうに記載されていますね。

Bill was upset about being passed over for the marketing job.

The woman alleges that her employers passed her over for promotion because she was pregnant.

If you’re a hard worker but always seem to be passed over for a promotion, there are reasons why.

Australian HR manager and author of The People Manager’s Tool Kit, Karen Gately, spoke to FEMAIL about the mistakes people are making without even realising.

‘People don’t spend enough time thinking about their professional brand and how certain actions can undermine it,’ she said.

‘Not enough people contemplate the reputation they build on a day to day basis and what that does to people’s perception of you and your ability to get ahead.’

Cambridge Dictionaryによると” to make someone less confident, less powerful, or less likely to succeed, or to make something weaker, often gradually: “というふうに記載されていますね。

Business confidence was undermined by a series of major failures.

Britain was accused of undermining international efforts to reduce pollution.

Suddenly she just turned on me and accused me of undermining her.

He’s been trying to undermine her position by spreading rumours about her.

If you continually criticize children you can seriously undermine their confidence.

Cambridge Dictionaryによると” to spend time considering a possible future action, or to consider one particular thing for a long time in a serious and quiet way: “というふうに記載されていますね。

They were contemplating a move to California.

Losing a child is just too awful to contemplate.

I couldn’t contemplate living on my own.

He was contemplating his future.

The owner of the team contemplated moving his football club to another city.

on a day-to-day basis (noun)

people who use computers on a day-to-day basis

FOCUSING ON THE NEGATIVES

Karen explained that people need to avoid focusing on what can’t be done as the reason you were hired was to make life easier for your boss and your team, not harder.

‘If you’re constantly talking about the road blocks and the obstacles in your way it means you’re never looking at any solutions,’ Karen said.

‘You’re always delivering problems instead of focusing on how to fix them, which is what really needs to be done.’

To change this negative behaviour you need to think about the efforts that need to be put in place to help the situation.

‘This kind of thinking isn’t effective in the workplace and also drags down your team’s morale,’ she said.

Yes, we all need to vent occasionally about work but make sure you’re doing so at the appropriate time and place.

Cambridge Dictionaryによると” to think about a subject carefully so that you can make a decision about it: “というふうに記載されていますね。

We’re looking carefully at all the options.

Management is looking at ways of cutting costs.

I’m going to spend some time looking at my options before I decide to apply for the job.

Macmillan Dictionaryによると” something that stops someone from making progress “というふうに記載されていますね。

There have been several roadblocks in the peace process.

The issue is still a major roadblock in the negotiations.

Cambridge Dictionary によると” to make something decrease or get worse: “というふうに記載されていますね。

I don’t mean to drag you down with all my problems.

The company said earnings have been dragged down by high start-up costs.

Cambridge Dictionaryによると” the amount of confidence felt by a person or group of people, especially when in a dangerous or difficult situation: “というふうに記載されています。

The officers were struggling to boost morale.

A couple of victories would improve the team’s morale enormously.

There have been a lot of job losses recently so morale is fairly low.

Low morale in the police department was a continuing problem.

Macmillan Dictionaryによると” to express a negative emotion in a forceful and often unfair way: “というふうに記載されています。

There’s no need to vent your anger on me.

I didn’t mean to upset anyone, I just needed to vent.

Please don’t shout – there’s no need to vent your frustration/anger/rage/spleen on me.

Walking relieves a lot of tension and it’s a good way to vent frustration.

UNDERESTIMATING THE PERFORMANCE OF COLLABORATION

‘People have a tendency to be in their own bubble and not look at certain impacts on other groups across the business,’ she explained.

‘If you’re high in an organisation or leading a team, you need to look at how your decisions affect other people around you.’

Karen said leaders also need to avoid focusing solely on their own contribution to the business.

‘They need to realise that their success is directly reflected in the success of the team and they need to build relationships, cohesion and trust,’ she said.

‘The real potential that lies in a team is what they’re collectively capable of doing. A leader needs to realise that you aren’t working for yourself but you’re part of a bigger team.’

If you feel like this is a negative characteristic you have, there are ways to improve.

‘It all starts with awareness and being really mindful of yourself and the broader environment,’ Karen said.

‘You have to be able to look at yourself and also understand what collective success looks like.’

Cambridge Dictionaryによると” only and not involving anyone or anything else: “というふうに記載されています。

I bought it solely for that purpose.

It’s solely for your use.

He’s solely in charge of the operation.

They were interested solely in schemes that would make a lot of money.

Cambridge Dictionaryによると ” to show the existence or nature of something “ というふうに記載されていますね。

Public anger is reflected in the latest opinion polls.

He said that the statement did not reflect his own views.

The lack of cohesion within the party lost them votes in the election.

We were not a very cohesive family.

Travellers ought to be mindful of their surroundings.

Sally was mindful that her comments might upset him.

Mindful of the poor road conditions, she reduced her speed to 30 mph.

Politicians are increasingly mindful that young voters are turning away from traditional parties.

Macmillan Dictionaryによると ” involving all the members of a group “ という風に記載されていますね。

It was a collective decision/effort.

The industry is willing to work collectively to find a solution.

NOT MANAGING YOUR ENERGY

Unfortunately Karen said it isn’t uncommon for people to work too hard, which isn’t an effective use of anyone’s time.

‘Having a consistent standard of performance is important, especially when making a name for yourself in your industry,’ she said.

‘But this takes energy reserve, so people tend to go head down bum up, work really hard and then they completely burn out.’

This lack of work-life balance causes people to become drained and tired.

‘So many people are just on the treadmill we call life but it’s integral to be able to prioritise certain things in your life and achieve that balance,’ Karen told FEMAIL.

‘The number one rule is to combat being busy. A lot of us are caught up in the thought process of being busy all the time and sometimes we need to pare that back.

‘You also need to make sure that you’re using your time to do the right things. Don’t be busy, be effective,’ she added.

There has been a consistent improvement in her attitude.

Her work is sometimes good, but the problem is she’s not consistent.

His performance on the pitch is far from consistent.

make a name for yourself

Cambridge Dictionaryによると” to become famous or respected by a lot of people: “ と記載されていますね。

He’s made a name for himself as a talented journalist.

We all have reserves of strength that we don’t realize we have.

We still have a reserve of food/food reserves in case of emergency.

head down, bum up

Wiktionaryによると ” A figurative bodily position adopted when working hard at some task, either physical or mental. ” という風に記載されていますね。

My life has been a treadmill lately.

There were days when having kids seemed like an endless treadmill of feeding, washing, and nappy-changing.

She works out on a treadmill.

Cambridge Dictionaryによると ” necessary and important as a part of a whole: “ というふうに記載されていますね。

He’s an integral part of the team and we can’t do without him.

Bars and terrace cafés are integral to the social life of the city.

Taking a ride on the canals of Venice is an integral part of experiencing that city.

Cambridge Dictionaryによると” to try to stop something unpleasant or harmful from happening or increasing: “ と記載されていますね。

I have to combat this constant desire to eat chocolate.

the need for effective action to combat global warming

Cambridge Dictionaryによると ” to reduce something, especially by a large amount: ” という風に記載されていますね。

We have to pare down and eliminate the waste and inefficiency.

The list has been pared down from 9 counties to 4.

The three-hour play has been pared (down/back) to two hours.

‘Too many people sit quietly, even if they have lots of opinions, ideas and observations,’ she told FEMAIL.

‘We need to speak up if we see opportunity for improvement because this is the kind of behaviour that will inspire people to see you as a future leader.’

Karen explained that there is no benefit to remaining silent, especially if you have a solution to a problem.

This being said, you need to put some thought into speaking up before you do it.

put some thought into it で、〜に想いを込めるです。

‘The best way to speak out is to keep emotion out of it. If you’re going to present argument they need to be rational and you need to have solutions,’ she added.

Macmillan Dictionaryによると ” an advantage you get from a situation “ というふうに記載されていますね。

The new sports centre will bring lasting benefit to the community.

The discovery of oil brought many benefits to the town.

One of the many benefits of foreign travel is learning how to cope with the unexpected.

Macmillan Dictionaryによると” based on sensible practical reasons rather than emotions “ と記載されていますね。

There must be some rational explanation for what happened.

a rational act/course of action

He was too upset to be rational.

Let’s wait till we can have a rational discussion.

There didn’t seem to be any rational explanation for his actions.

Your choice was perfectly rational under the circumstances.

a rational approach to the problem