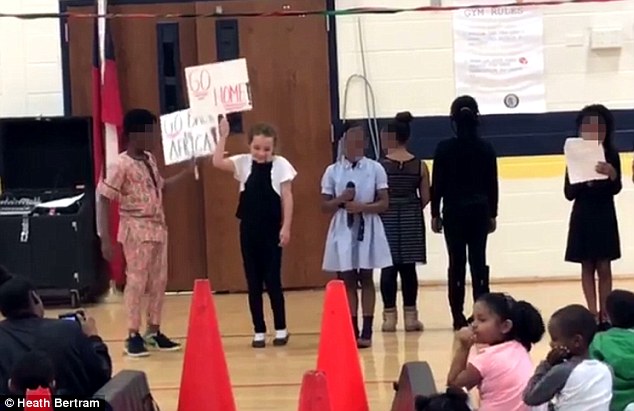 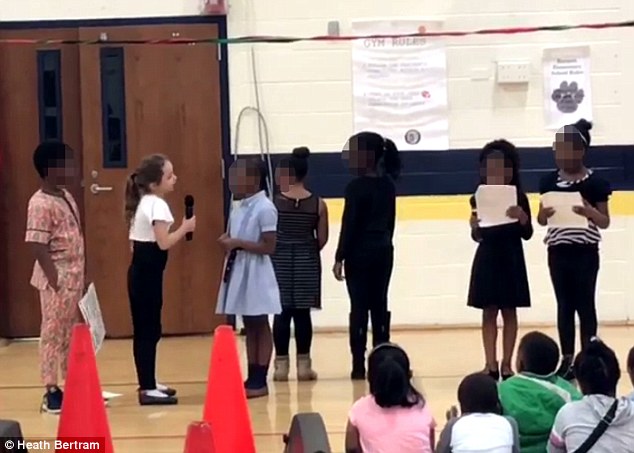 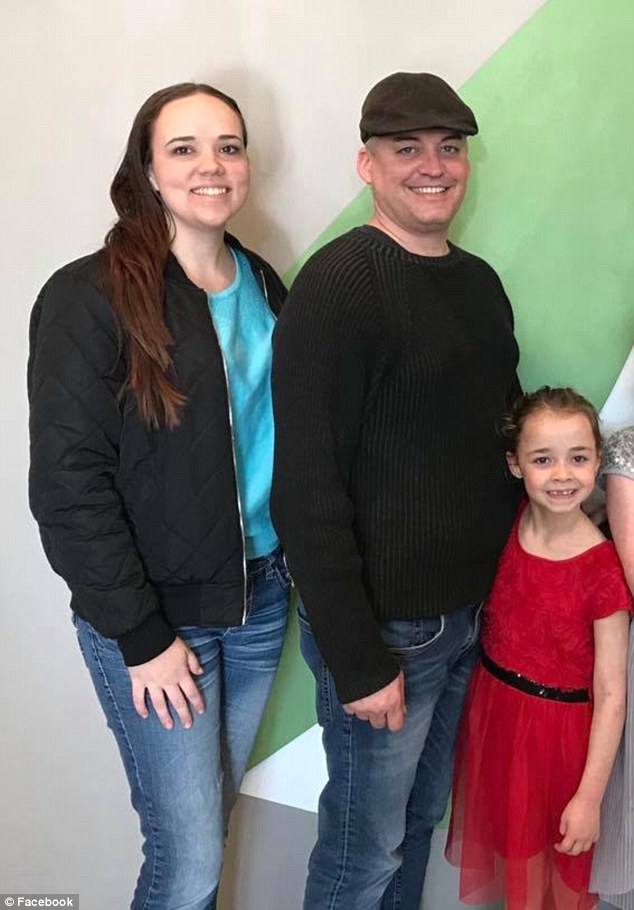 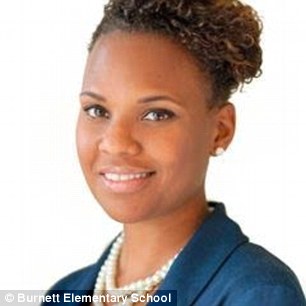 Parents pull daughter, 7, out of school after she portrayed a racist character in a play for the class – where she was the only white student – and told a black peer ‘Go home, you don’t belong here!’

Cambridge Dictionaryによると” ​ to leave or no longer be involved in something: “というふうに記載されていますね。

They’ll be pulling the rest of the troops out by next spring.

The firm is pulling out of the personal computer business.

Cambridge Dictionary によると” to represent or describe someone or something in a painting, film, book, or other artistic work:: “というふうに記載されていますね。

The painting portrays a beautiful young woman in a blue dress.

The writer portrays life in a small village at the turn of the century.

The father in the film is portrayed as a fairly unpleasant character.

The book portrays Caribbean society against a background of the French Revolution.

・Was holding a sign that said ‘Go home!’ and ‘Cursed is the man who integrates!’

・They have pulled her out of Burnett Elementary School in Douglasville, Georgia

They were starting to believe that the house was cursed.

I think my car is cursed – it never starts when I need it.

In recent years I’ve been cursed with worsening eyesight.

It’s a cursed nuisance, having to work late every evening!

Cambridge Dictionaryによると” to mix with and join society or a group of people, often changing to suit their way of life, habits, and customs: “ と、” to combine two or more things in order to become more effective: “ というふうに記載されていますね。

He seems to find it difficult to integrate socially.

It’s very difficult to integrate yourself into a society whose culture is so different from your own.

Children are often very good at integrating into a new culture.

How would such culturally different people be integrated into our society?

You need to integrate exercise into your normal life.

The idea with young children is to integrate learning with play.

We provide resources that can be integrated into the national teaching programme.

The new techniques had to integrate with existing conventional software.

A seven-year-old girl’s parents have pulled their daughter out of her Georgia elementary school after they watched her play a racist character in a student play.

Amber and Heath Bertram were horrified when they saw Anastasia on stage, holding up a sign that read ‘Go home!’ and ‘Cursed is the man who integrates!’

Anastasia, who was playing the role of a white child against school desegregation, took the microphone and yelled at a black peer: ‘Go away, you don’t belong here!’

Heath Bertram told DailyMail.com that he was ‘shocked and appalled’ when he saw his daughter in the play at Burnett Elementary School.

King’s campaign was aimed at the desegregation of all public services, including schools, restaurants, and transportation.

Plans to desegregate the schools/universities met with opposition.

‘Other parents started looking at me,’ he said. ‘She is the only white girl in her class, and one of the very few in the whole school.’

‘Giving her the position of a white supremacist at the age of seven was unacceptable.’

Amber Bertram, who was out of town and saw a video of the play that her husband had filmed, said it left her ‘literally speechless’.

‘I was shaking,’ she said. ‘All I wanted to do was run to the school and ask them if they had lost their mind.’

‘I was in disbelief. I couldn’t believe that what I had witnessed was true.’

An African-American boy, holding a sign that said ‘Go back to Africa!’, also played the character of a student against Ruby Bridges, the first black child to attend an all-white elementary school in the US.

Cambridge Dictionaryによると ” the feeling of not being able to believe that something is true or real: “ という風に記載されていますね。

His response was one of complete disbelief.

She shook her head in disbelief.

He shook his head in disbelief when I told him about the crash.

Public reaction to the announcement has been one of shock and disbelief.

Liz stared at us in disbelief as we told her what had happened.

Before Anastasia took the microphone, he told a group of girls on stage: ‘We don’t want our white children going to school with a black girl.’

Anastasia’s parents said they were told by her teacher, Mrs Jamila James, that their daughter had volunteered for the part after a peer struggled to learn the lines.

‘I was so excited when she volunteered to cover the role for another student,’ James wrote in a message to Amber. ‘She really stepped up and saved our play.’

But Amber was upset that she had not been contacted to give permission for the role before Anastasia went up on stage.

Amber, who reached out to James on a platform called ClassDoJo, told the teacher that Anastasia has always been taught to ‘help adults as much as possible’.

Cambridge Dictionaryによると ” to do someone else’s job or duty when they are absent: “ という風に記載されていますね。

I’m going to the doctor’s tomorrow, so do you think you could cover my shift for me?

Sorry, I’m already covering for someone else.

Cambridge Dictionaryによると ” to try to communicate with a person or a group of people, usually in order to help or involve them: “ と、” to offer help and support to someone: “ と記載されていますね。

The new mayor is reaching out to the local community to involve them in his plans for the city.

She set up her charity to reach out to the thousands of homeless on the streets.

She urged him to reach out to his family.

‘At seven years old, there was absolutely no way possible she could have understood the compromising position she was putting herself in.‘

Amber also revealed she was upset that Anastasia had been filmed and photographed holding a sign ‘telling black children to go away’.

‘This is not an image I want portrayed of my child,’ Amber told James. ‘Nor did she have consent to be photographed and videotaped in this play.’

‘The point still stands that this play did nothing but perpetuate the idea of racism and teach my child that the school sanctions her discriminating against anyone who doesn’t look like her.’

James apologized for the incident, telling the mother: ‘It was never my intention to isolate or make any racial group feel bad.‘

But Amber said that after she sent a second email to the teacher regarding her concerns, her account on the platform was deleted.

The Bertrams decided to pull both their daughters out of the school following the incident.

‘We did not feel they could stay in an environment like that,’ Heath said.

‘It’s an environment that says it’s okay to talk that way to people because they look different than you.’

Amber said she feared the play could also have put Anastasia in trouble.

‘If she were to go out onto the playground the following day and tell a child to go away because they were black I can promise she would have been in trouble,’ she said.

‘But the school just put her on stage in front of her friends, teachers, peers, and other adults and taught her it was okay.’

Photographs were published of her in a compromising position/situation with her bodyguard.

She did not return that night, nor the night after.

Asking him politely doesn’t work, nor do threats.

I have not been asked to resign, nor do I intend to do so.

She could not speak, nor could she understand anything we said.

I can’t be at the meeting and nor can Andrew.

They can’t publish your name without your consent.

You can only come on the trip if your parents give their consent.

She gave her consent to the sale of the painting.

I asked to leave the room, and the teacher gave his consent.

Increasing the supply of weapons will only perpetuate the violence and anarchy.

The aim of the association is to perpetuate the skills of traditional furniture design.

The government was reluctant to sanction intervention in the crisis.

We had little option but to sanction postponement of the match.

‘Anastasia is seven years old, at this age she is just starting to separate the times when her stuffed animals fight and when her and her sister fight.’

‘But the school wants her, at seven, to differentiate between a play and real life.’

The girls’ transfer was approved by the district and they will start at a different school on Friday.

Burnett Elementary School has declined to comment on the incident.

The Bertrams said they were only contacted by Douglas County School District Superintendent Trent North after they took their story to the media.

‘I am calling to apologize. I was unaware of the treatment of your daughter,’ North said in a voicemail message left on Amber’s phone.

North has since confirmed that they are investigating the complaint.

Cambridge Dictionaryによると ” to show or find the difference between things that are compared: “ と記載されていますね。

We do not differentiate between our employees on the basis of their race, religion, or national origin.

What differentiates wheat from other crops is that it is almost exclusively used as a food product.

Neil is colour-blind and cannot differentiate between red and green.

Macmillan Dictionaryによると ” the process of moving, or of moving someone, from one job, department, or office to another in the same organization “ と記載されていますね。

We’re currently dealing with the paperwork for your transfer.

His transfer to Liverpool hit the headlines.

I invited him to the meeting but he declined.

He declined my offer.

They declined to tell me how they had obtained my address.