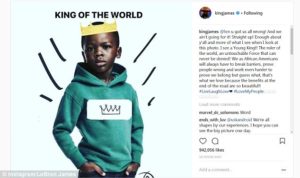 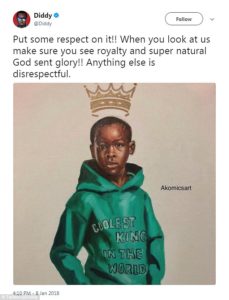 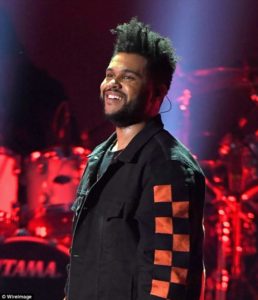 ‘U got us all wrong!‘ LeBron James and Diddy join The Weeknd in slamming H&M over the retailer’s ‘racist’ image of a black boy wearing a ‘coolest monkey in the jungle’ sweater

You’ve got me all wrong, I never meant to hurt you.

I guess I got you wrong. I thought you meant Tuesday, not today.

・NBA star LeBron James, rapper Diddy and other artists have responded with outrage to an advertising image by retailer H&M

・The retailer has apologized and removed the image, but not before the ad was widely challenged Tuesday on social media as being racist and inappropriate

・Singer The Weeknd, who has a clothing line at the retailer, says he was ‘shocked and embarrassed’ by the photo and that he would end his ties with the company

Macmillan Dictionaryによると ” a relationship or connection between people or things “というふうに記載されていますね。

Family ties are weaker if you move a long way away.

I no longer feel any ties with my home town.

Gray had close ties with other powerful politicians.

He is a businessman and developer with strong ties to Beijing.

NBA star LeBron James and the rapper Diddy have responded with outrage after retailer H&M released an image of a black boy wearing a sweater emblazoned with the words: ‘Coolest monkey in the jungle.’

The retailer has already apologized and removed the image, but not before the ad was widely criticised, with some branding it racist.

The caption on James’ Instagram reads: ‘[H&M], u got us all wrong! And we ain’t going for it! Straight up!

‘Enough about y’all and more of what I see when I look at this photo. I see a Young King!! The ruler of the world, an untouchable Force that can never be denied!

The company is a retailer of office equipment and furniture.

‘We as African Americans will always have to break barriers, prove people wrong and work even harder to prove we belong but guess what, that’s what we love because the benefits at the end of the road are so beautiful!!’

Diddy posted an image with a sweatshirt revised to read ‘Coolest king in the world.’

‘Put some respect on it!!’ Diddy tweeted on Monday.

‘When you look at us make sure you see royalty and super natural God sent glory!! Anything else is disrespectful.’

Macmillan Dictionaryによると” to change, improve, or make additions to something such as a book, law, or piece of writing “ と記載されていますね。

The text has been revised and published in a new edition.

a revised draft of the treaty

Singer The Weeknd, who has a clothing line at the retailer, says he was ‘shocked and embarrassed’ by the photo and that he would end his ties with the company.

The Swedish-based company says it is sorry the image was taken.

The Weeknd, whose real name is Abel Tesfaye, has twice collaborated with H&M and performed at the brand’s Spring 2017 fashion show.

However, he tweeted on Monday that he will no longer be working with the retailer.

Cambridge Dictionaryによると ” several products forming a set, for example because they are all of the same type or are all produced by the same company “ と記載されていますね。

The company is broadening its product lines to attract more buyers. a new line of perfume

There are discounts on many items from our older lines.

I was shown all their new lines.

While sharing a photo of the young boy wearing the conversational sweatshirt, the singer wrote: ‘Woke up this morning shocked and embarrassed by this photo. I’m deeply offended and will not be working with @hm anymore…’

In a statement shared with Daily Mail Online, H&M said: ‘We completely understand and agree with his reaction to the image. We are deeply sorry that the picture was taken, and we also regret the actual print.

‘We have removed the image from all our channels and the sweater is no longer for sale in our stores. We will also look into our internal routines to avoid such situations in the future. We will continue the discussion with The Weeknd and his team separately.‘

‘We sincerely apologize for offending people with this image of a printed hooded top,’ the company said in a statement.

We had estimated about 300 visitors, but the actual number was much higher.

The actual number of people killed is not yet known.

The play is based on actual events.

Do you have any actual experience of catering work?

I am very proud of this scheme and I sincerely hope it will succeed.

‘The image has been removed from all online channels and the product will not be for sale in the United States.

‘We believe in diversity and inclusion in all that we do and will be reviewing all our internal policies accordingly to avoid any future issues.’

The Weeknd released his second clothing collaboration with H&M in September, proudly sharing a photo of himself modeling a varsity jacket from the line to announce it’s launch last fall.

It’s unclear if the star was working on a third collaboration with H&M at the time of the announcement.

After photos of the children’s top took the internet by storm, customers took to Twitter to question whether H&M were being ‘casually racist,’ pointing out that ‘monkey’ has long been used as a racial slur.

Even those who doubted the brand was being racist admitted there should have been more awareness of how the image could be perceived.

The campaign group Models Of Diversity, which pushes for more diversification across the industry, said H&M should be ‘ashamed.’

Referring to the green top, Kate Osamor, a member of British Parliament, tweeted: ‘I was totally shocked, dismayed to say the very least to find this online imagine. @hm do you think this imagery is an appropriate representation of a young black boy?’

Other Twitter users were also quick to weigh in on the debate.

One wrote: ‘Is this part of a publicity stunt? Do some brands want to be dragged on twitter in order to gain more visibility?’

Another added: ‘Wow. I mean, put it on a child of literally ANY other race. How did NO ONE consider this is inappropriate? Not the photographer, stylist, creative director, editor… I truly wonder if anyone raised a concern that was ignored or they are all just stupid.’

Some people pointed out there appeared to be no racial undertones but asked whether there had been a significant ‘oversight’  in the advertising campaign.

One Twitter user wrote: ‘Do you know that they’re not calling him a monkey? It’s just a jumper with the name ‘monkey’ on it, you’re making it racist.’

Macmillan Dictionaryによると” the action of including someone or something in a group, arrangement, document etc “ と記載されています。

With the inclusion of Italy, the number of member countries increased to six.

The school has a strong culture of inclusion of students with special needs.

We are strongly committed to inclusion.

Cambridge Dictionaryによると” in a way that is suitable or right for the situation: “ と記載されています。

When we receive your instructions we will act accordingly.

She’s an expert in her field, and is paid accordingly.

They have broken the rules and will be punished accordingly.

Macmillan Dictionaryによると” to show clothes by wearing them at fashion shows, in magazine photographs etc, especially as a job “ という風に記載されています。ここではネガティブな意味で話題になったという方が正しいでしょう。

Jazz took London and Paris by storm in the 1920s.

Her performance has taken the critics by storm.

As everyone knows, the Beatles took the US by storm.